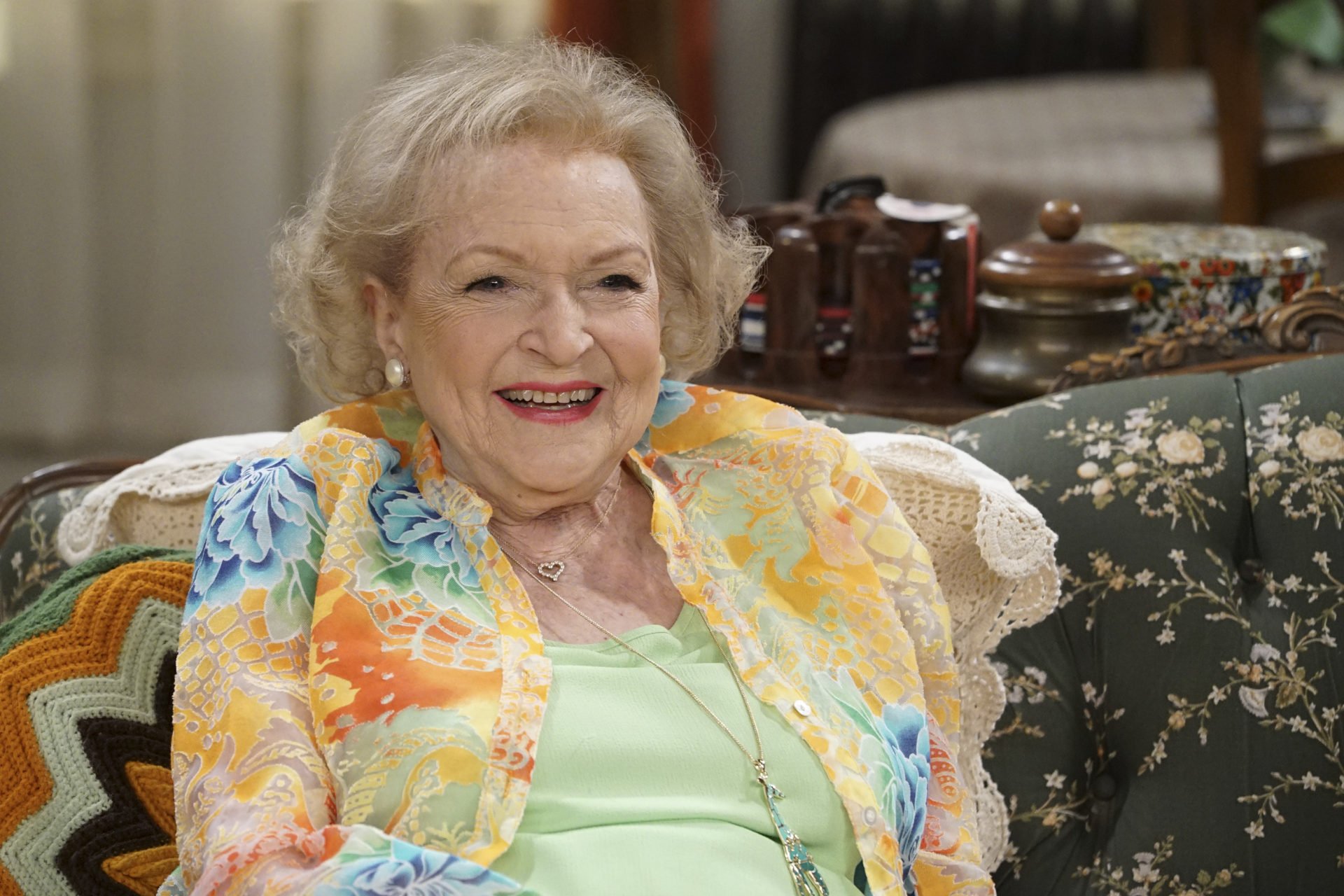 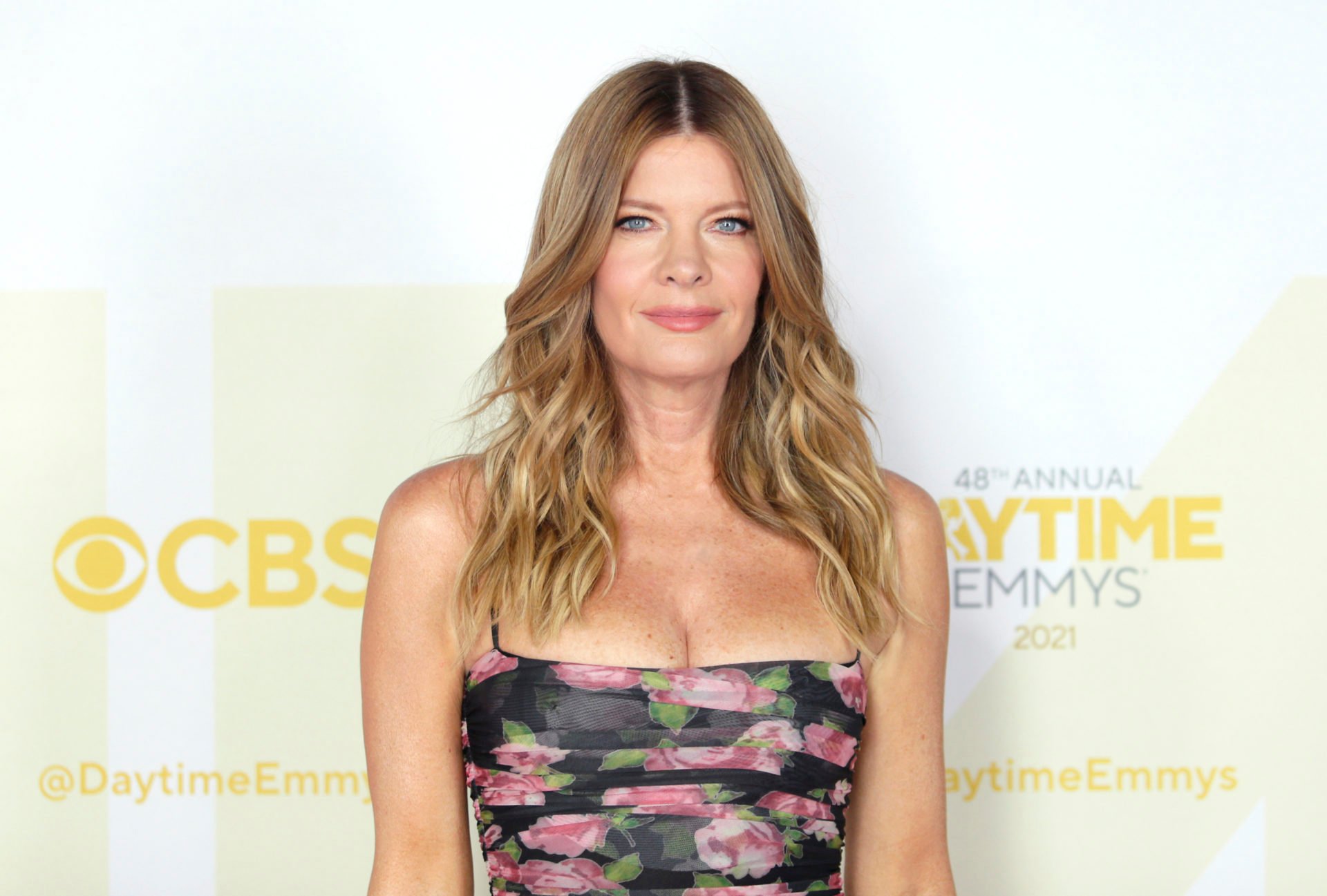 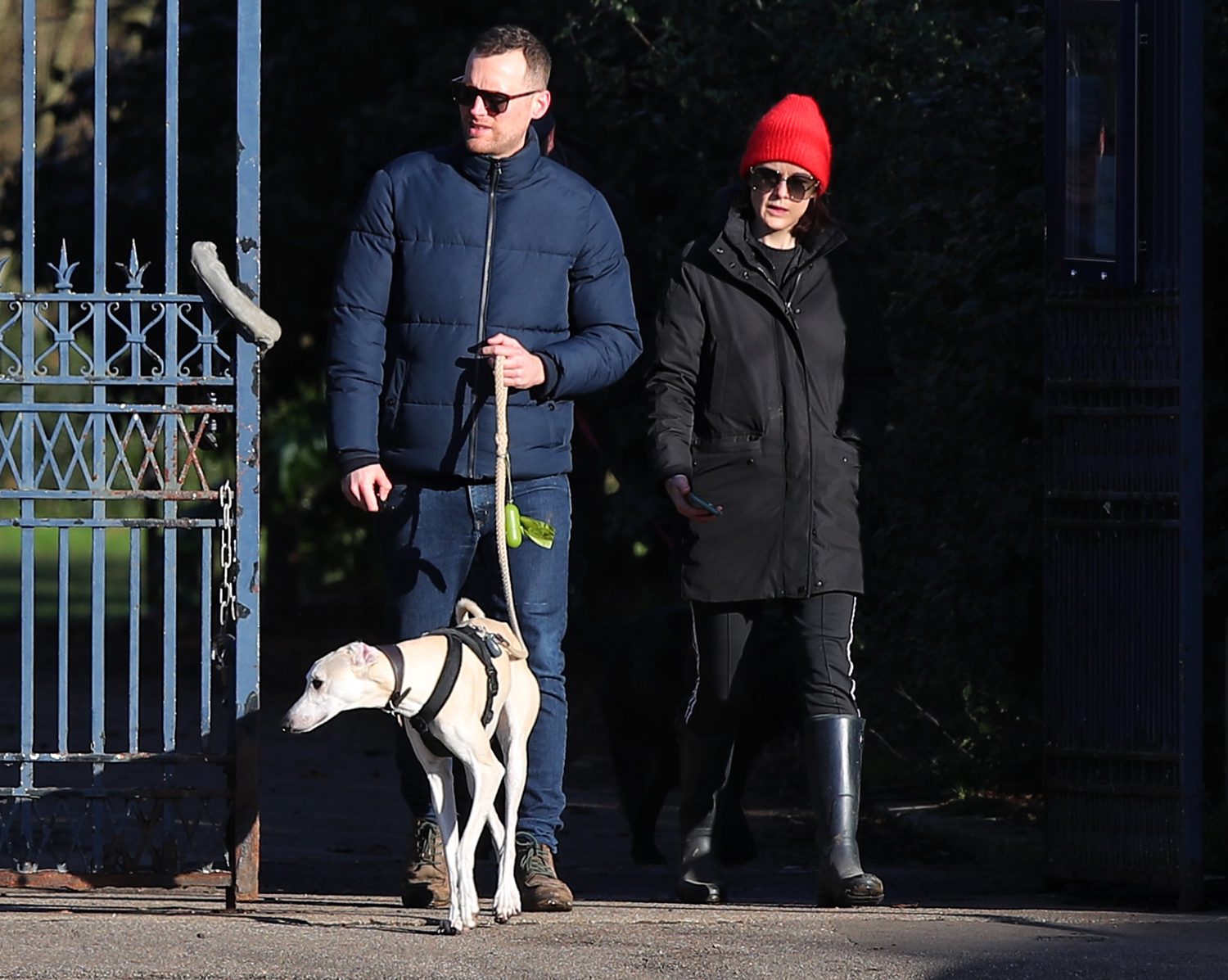 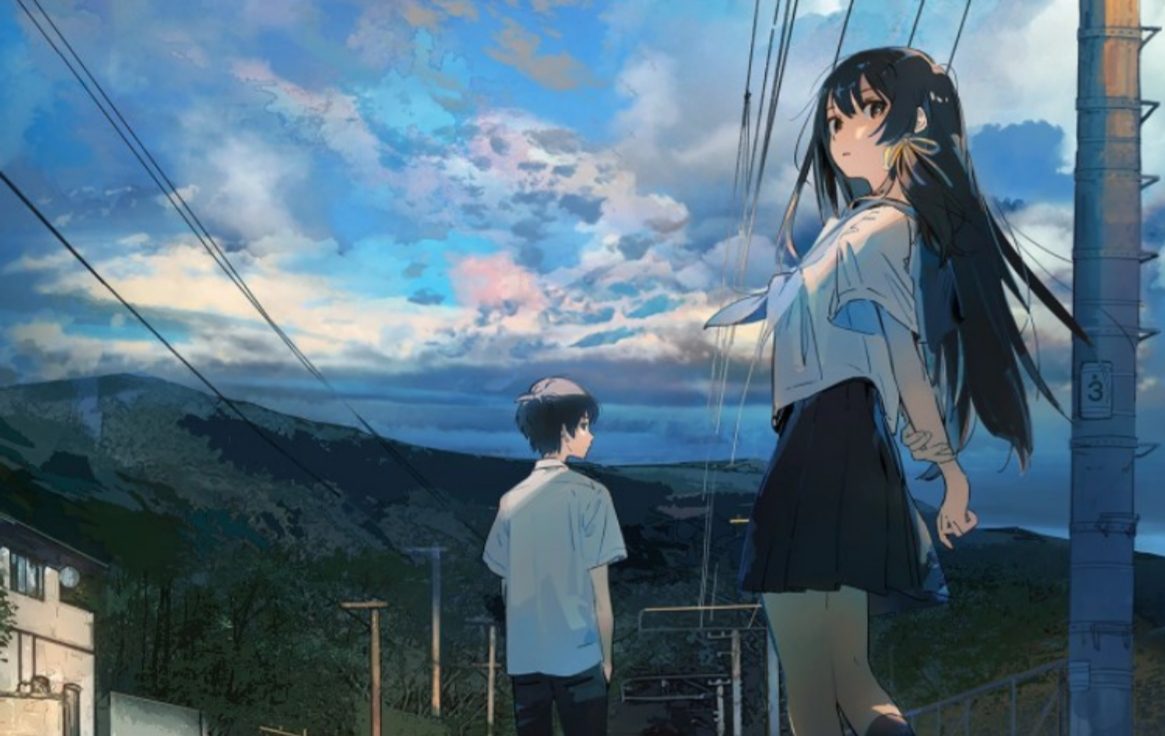 El anime Tunnel To Summer, the Exit of Goo... 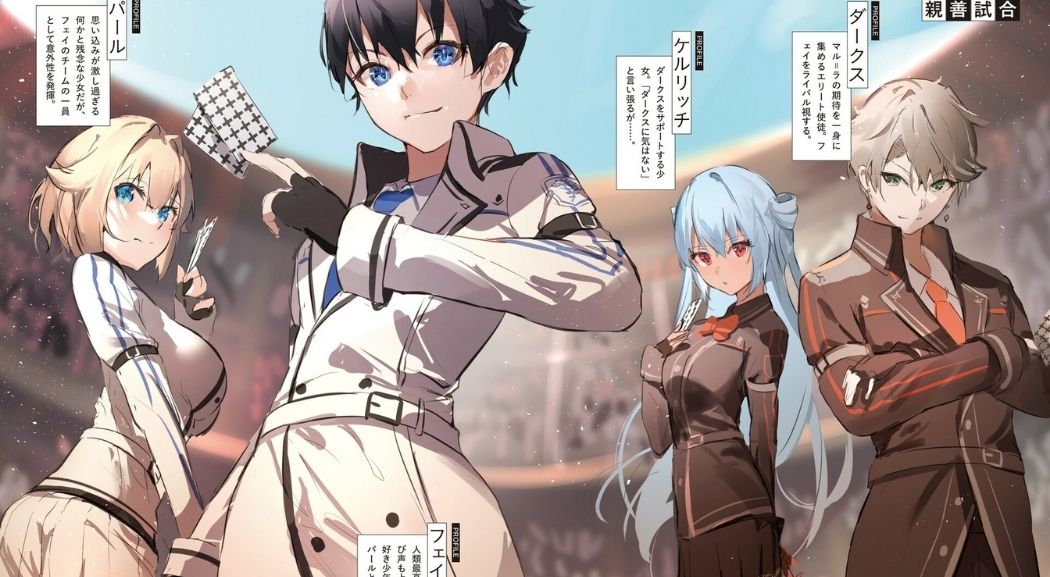 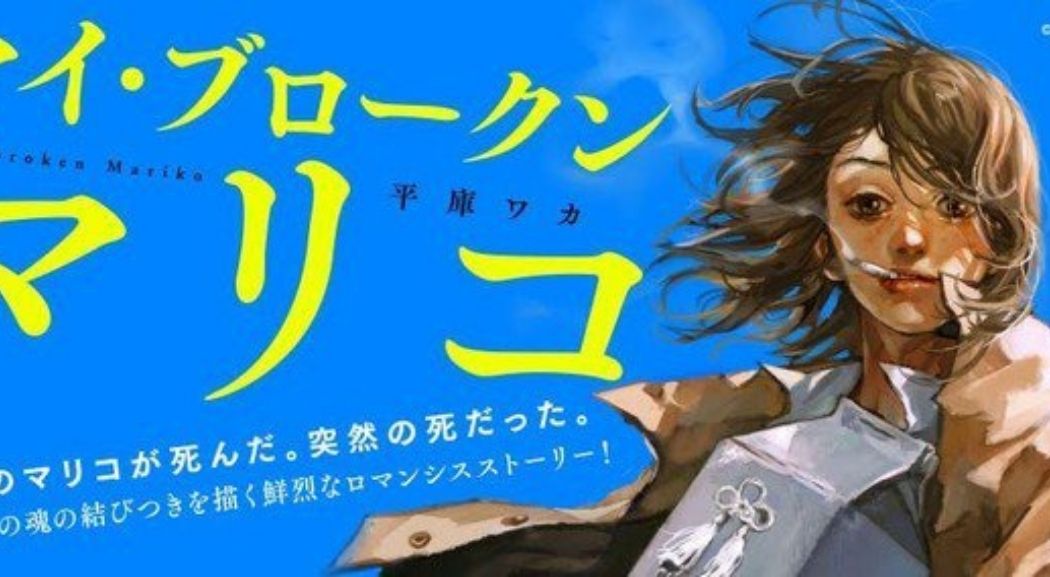 Shawn Mendes and Camila Cabello Breakup: What happened between the two?

Shawn Peter Raul Mendes, or as we all know as Shawn Mendes, is a Canadian singer and songwriter born back on August 8, 1998. In the year 2013, Shawn was able to create attention in the music world and increased his following by posting song covers on the video-sharing application Vine. In the following year, he was able to get the attention of Andrew Gertler, who is an artist manager and Island Records A&R Ziggy Chareton. This helped him to lead into signing for his first record label. Mendes’s first EP, the Shawn Mendes EP, was released in 2014 and was followed by his debut studio album Handwritten in the following year. 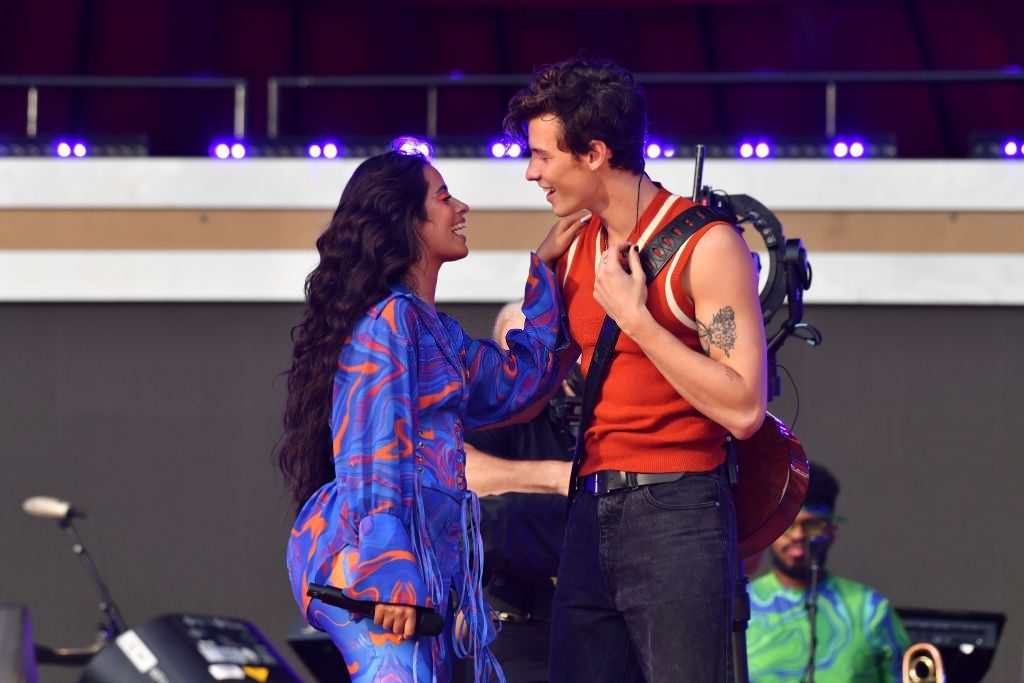 Handwritten was so successful that it debuted atop the US Billboard 200. Later, his single Stitches reached number one in the UK as well as got into the top 10 in the US and Canada. Shawn’s second studio album, Illuminate, got to the number one position in the US, and his singles like Treat You Better, and There’s Nothing Holdin’ Me Back reached on top 10 in several countries.

With his third studio album, Mendes becomes the third-youngest artist to achieve three number one albums. He continued his success with hit singles If I Can’t Have You and Señorita, which was also sung with Camila Cabello, got into the US Billboard Hot 100. Mendes released his latest album, Wonder, in 2020, and that gave him the title of the youngest male artist who was able to make it into the top of the Billboard 200 with four studio albums. 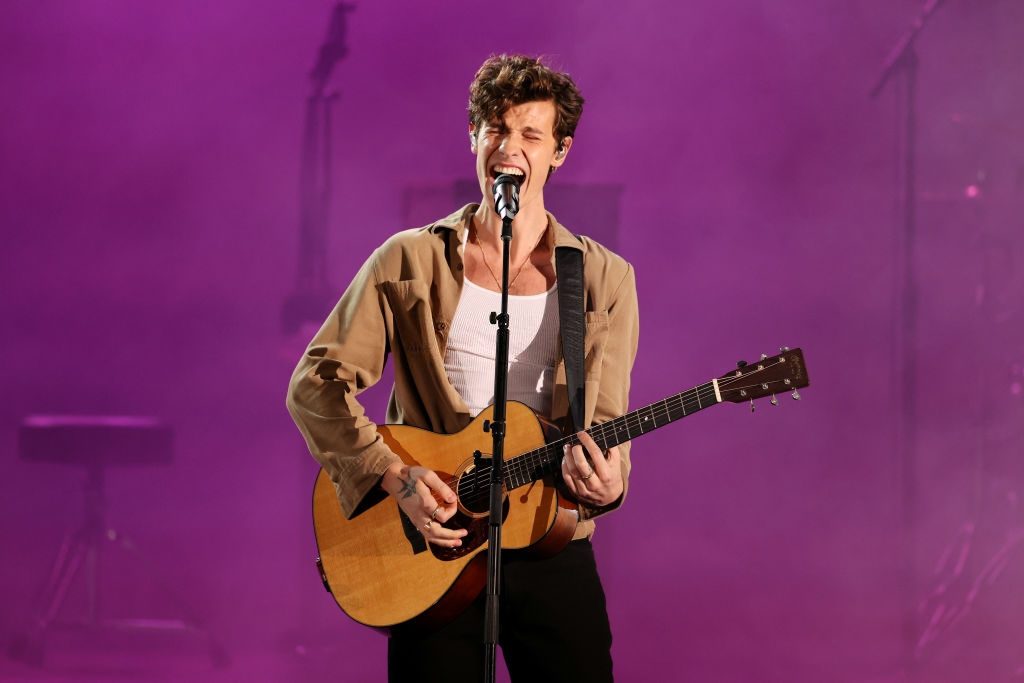 Shawn Mendes performing on the 8th annual We Can Survive concert on October 2021 in Los Angeles, California.

Not only topping in top charts, but Shawn had also won many awards in his career. This includes 13 SOCAN awards, 8 Juno Awards, two American Music Awards, 10 MTV Europe Music Awards, eight iHeartRadio MMVAs and even received three nominations for a Grammy Award and a nomination for a Brit Award. Not only that, in the year 2018, Time named him among the 100 most influential people in the world.

Also Read: Did Emiru and Dyrus Break up? Relationship between the two Twitch Streamers

Camila Cabello Awards: A Recap of her Career

Karla Camila Cabello Estrabao, or as we all know as Camila Cabello, is a Cuban-born American singer and songwriter who was born on March 3, 1997. She became famous when she became a member of the girl group Fifth Harmony, where she had begun to establish herself as a solo artist through the collaborations like I Know What You Did Last Summer.

I Know What You Did Last Summer was the first song where Camila collabed with Shawn Mendes. She was also the one behind the formation of The X Factor USA in 2012. After a couple of releases, Camila was able to get into the fourth position of the US Billboard Hot 100. 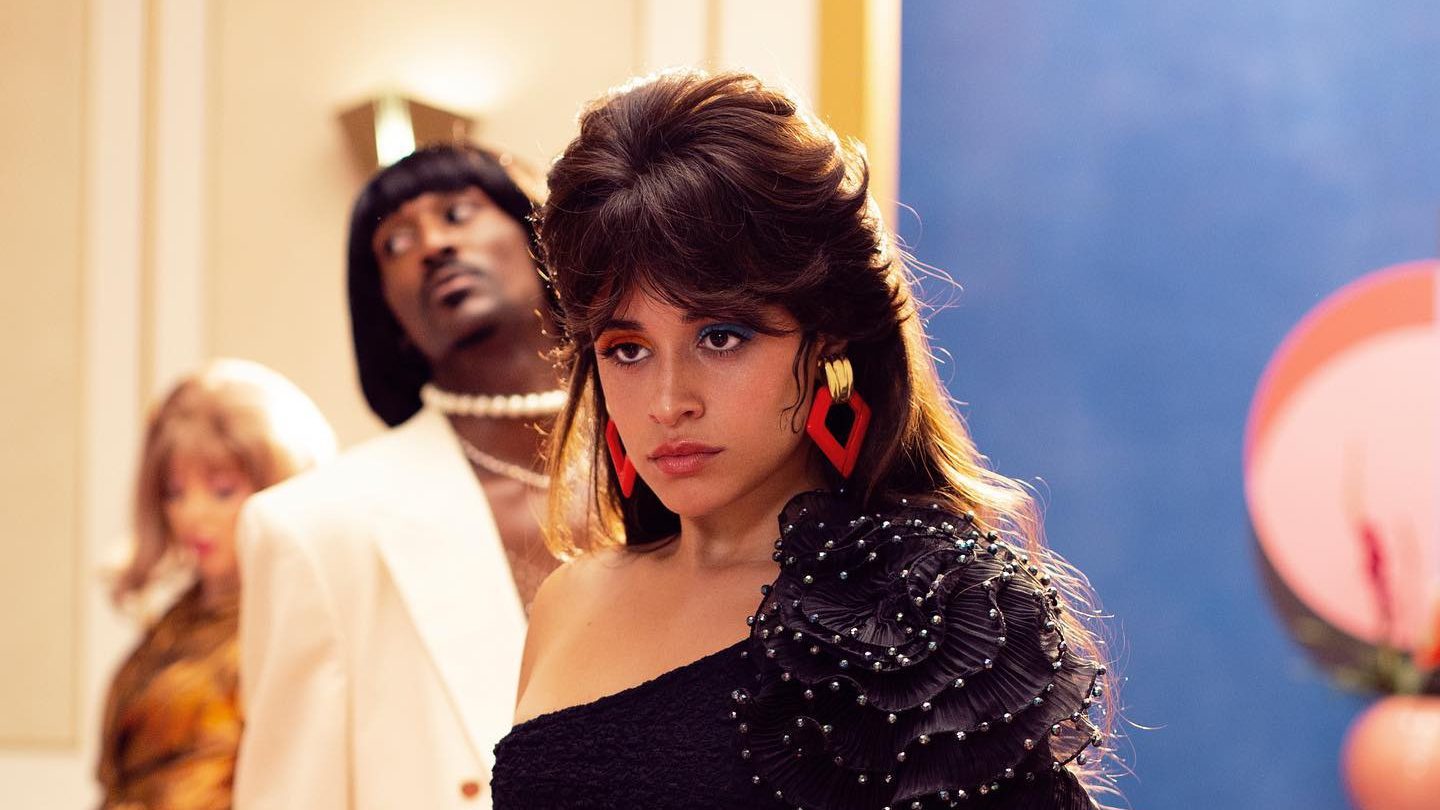 It was in the year 2018 when Camila released her first studio album, Camila. Interestingly Shawn’s first EP was also released after his name. Camila reached number one on the US Billboard 200. Her Latin music-influenced pop album was received very well, earning her a Platinum certification from the Recording Industry Association of America.

Many who know Camila through her album’s lead single Havana topped charts Worldwide and also became the best-selling digital single of 2018. Camila Cabello and Shawn Mendes again joined together for Señorita, which became her second single to top the Billboard Hot 100. Not only that, Camila made her acting debut in 2021 by starring as the title character in the film Cinderella. Camila Cabello’s awards include two Latin Grammy Awards, five American Music Awards, and a Billboard Music Award.

Also Read: Why Did Faze Rug And His Girlfriend Break Up? About The Famous Youtuber Relationship Status

What Led to Shawn Mendes and Camila Cabello Breakup?

Fans of both stars still couldn’t believe that they both broke up, and this is the reason why many are still asking did Shawn Mendes and Camila Cabello ever break up. So what exactly happened between this power couple, a couple in the industry which everyone wanted to see together. What led Camila Cabello and Shawn Mendes to break up their relationship? 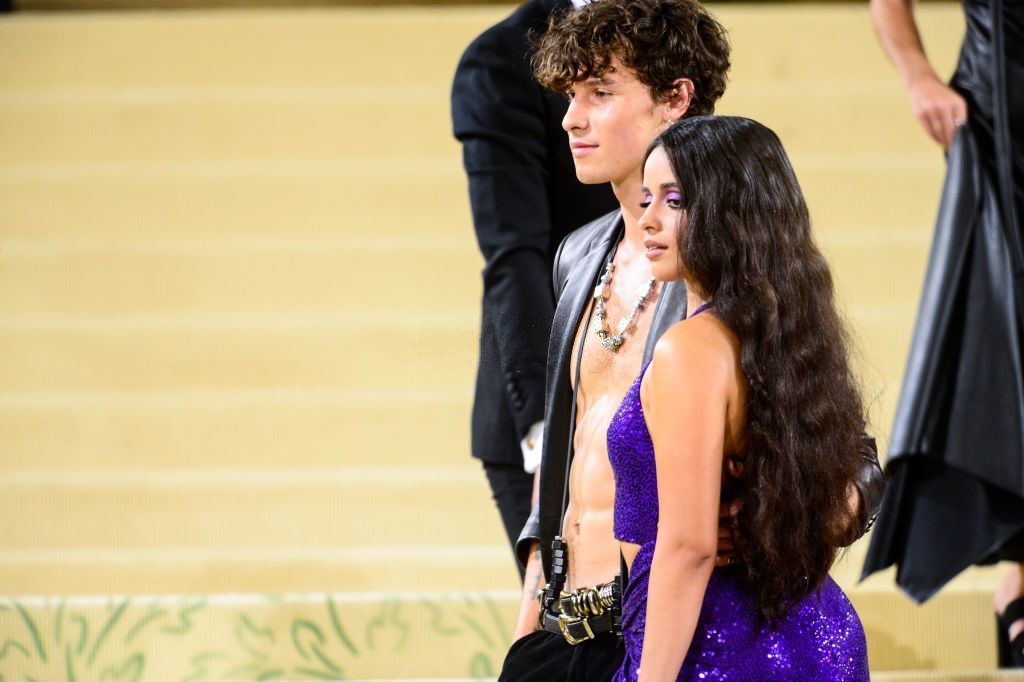 Shawn Mendes and Camila Cabello at the 2021 Met Gala Celebration.

Unfortunately, apart from the official confirmation that they won’t be together anymore, we still don’t know why Shawn Mendes and Camila Cabello broke up. But as this announcement was made, there were rumors that were spread like a wild forest fire. According to one rumor, which claims to be is from insider sources, it was Shawn who initiated the conversation.

While Camila was very upset over the split, by the end of their conversation, she agreed to it in the belief that it was the best for them both. Again keep in mind that this is based on the rumors and hasn’t been confirmed from any side. Still, many are surprised to see what made Shawn initiate to end their two years of relationship.

In the official statement that both released, we can understand that while they were unable to work things between them, they still promised to continue being close, but not romantically, and want to continue their communication and to be friends. Yes, so at least it’s a relief that it didn’t lead to some other controversies where they just ended up talking trash to each other but were ready to accept and move forward. 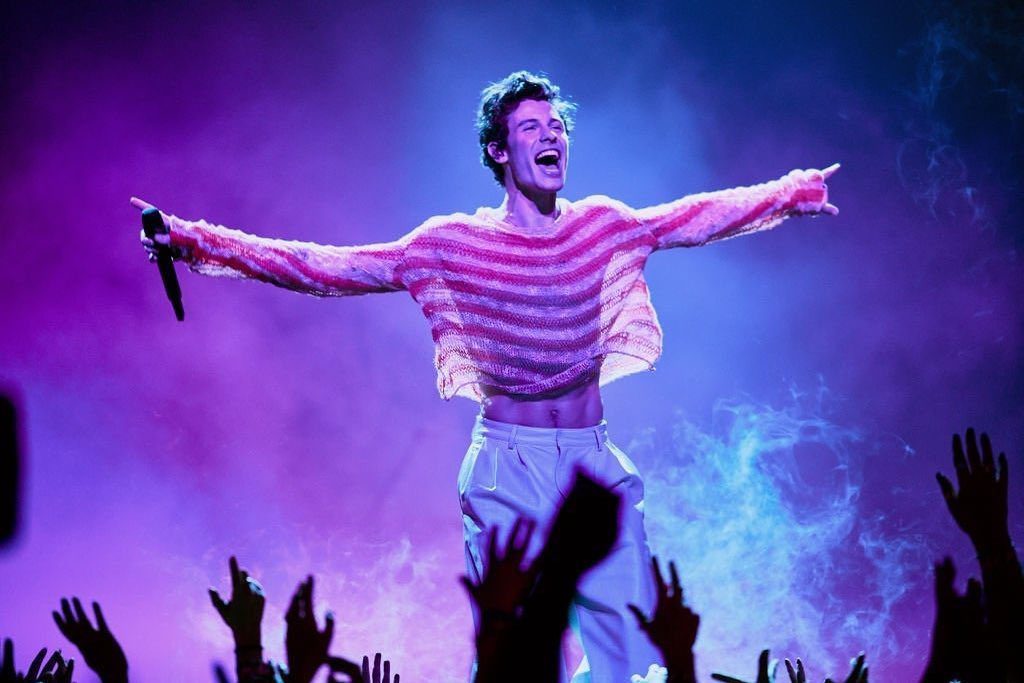 Shawn Mendes performing in one of in concerts

Even though, what could be the reason which made Shawn end things with Camila? It may be because their relationship may have become more stale and complacent, which eventually led them to understand that they are not meant to be always together. We are still not sure if Shawn has any other love interests or is solely focused on his career instead of a serious relationship.

As for Camila, which according to the rumors, wasn’t happy about the break up is said to be doing fine. She has recovered from it after spending time with her friends and keeping busy with other stuff. As for the fans who are rooting for her, we can be relieved that she is doing fine, thanks to her supporters and well-wishers.

Also Read:  Is Camila Cabello Pregnant? The Actress Reaction For Her Fans

As for Mendes, we hope the same. We think he may have also recovered from it as he was the one who initiated and may have been able to level his mind while coming up with the description. After the breakup announcement, Camila got back on to social media by sharing an Instagram carousel of photos that show how she is doing with her single life now.

While we told that both released an official statement that announced that they were over, we actually didn’t look at what it was saying. In the official statement released following their breakup, they said they have decided to stop their relationship, but their love for one another as humans will be stronger than ever. 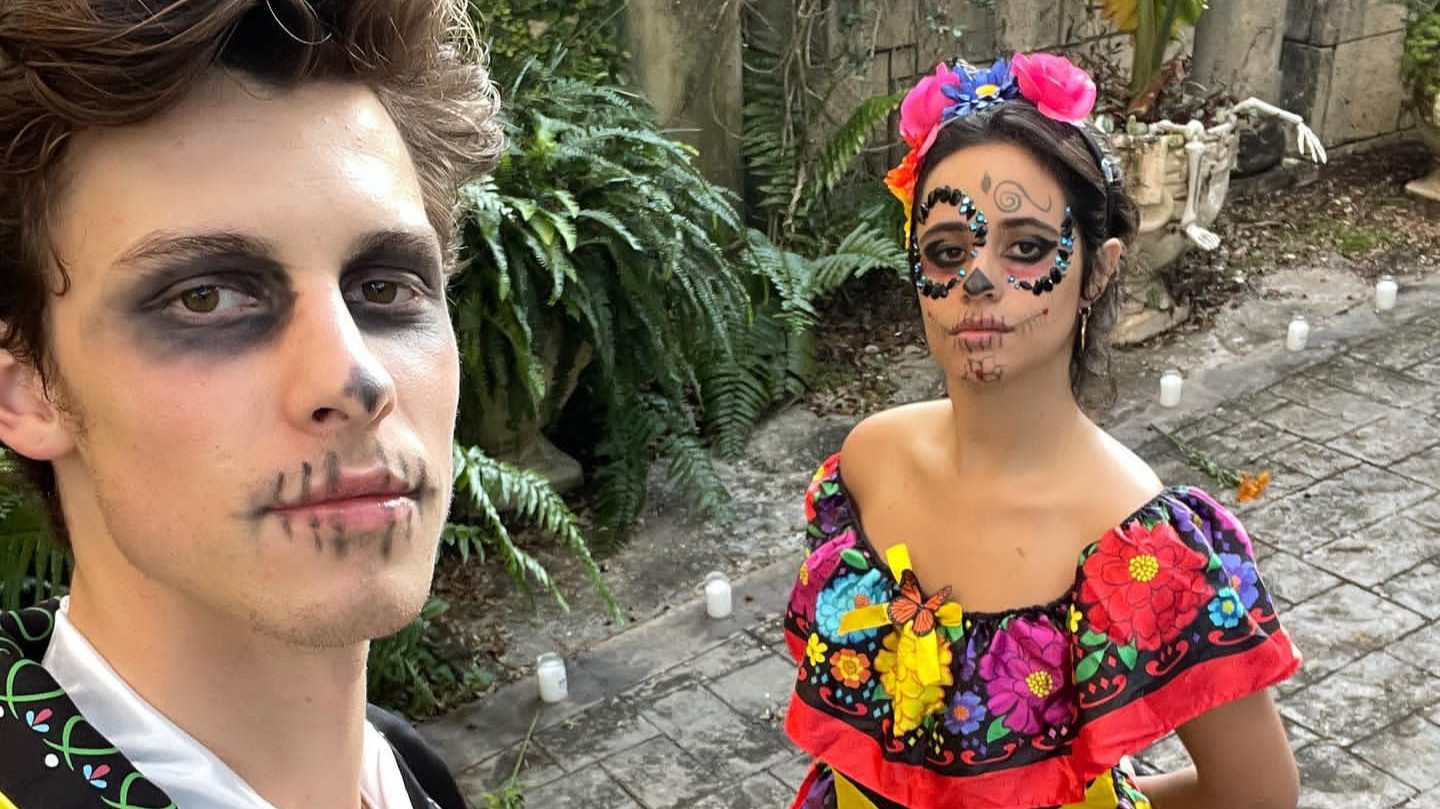 In the statement, they said that they started their relationship as best friends and promised to continue to be best friends. They thanked everyone who has supported them all the way and for their journey in the future. From this statement, we can understand that they both have realized their paths are different, and it’s best for both to stay apart. While the Shawn and Camila breakup is hard to see, it’s still happy news that they will continue to stay together as best friends.

Also Read: Maitland Ward Net Worth: How Much Does She Earn in 2021? Her Career & Assets

Since we now know that about Shawn Mendes and Camila Cabello Breakup, and both have to move on, let us look at their past relationships and dating histories. Let’s start with Shawn. While both had previous relationships and are not together now, we won’t be hearing any of the rumors regarding their new relationship, at least for a short time.

Rumors surrounding Hailey Baldwin and Shawn Mendes arose when the two were spotted by the public displaying their affection for each other. When the news spread out, they didn’t deny it and continued their relationship. But when they both arrived at the 2018 Met Gala red carpet, they came together as friends. We don’t know what happened between the two to stop seeing each other romantically, and eventually, Hailey married Justin Bieber. 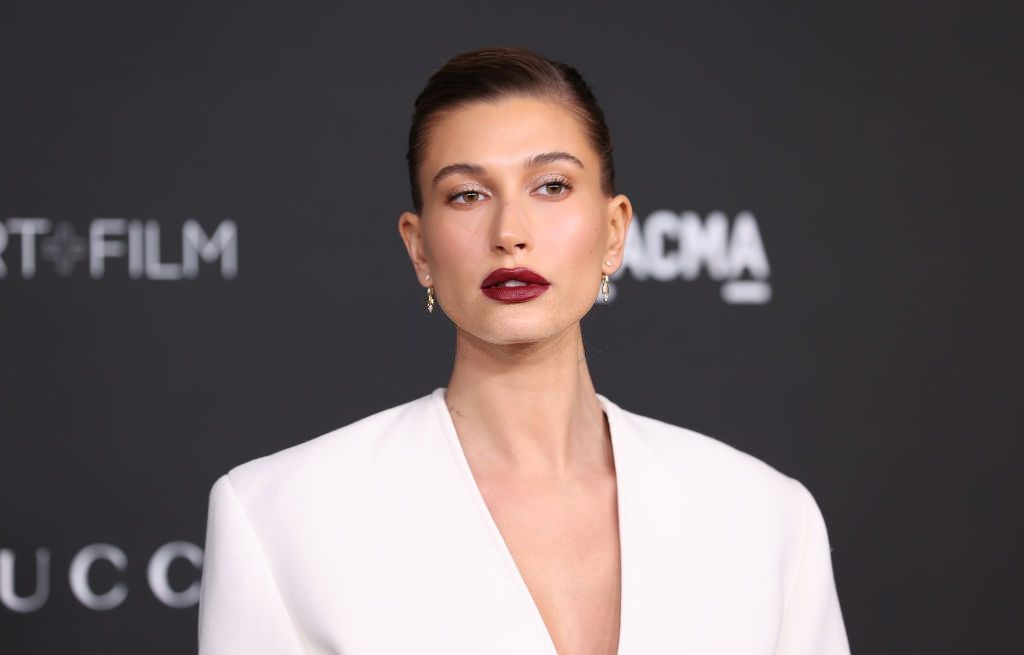 When Shawn Mendes uploaded a shirtless pic on his Twitter in 2016, actress Chloe Moretz commented a flirty social media comment which all the fans took seriously. Even though many wished to see both of the stars together, this rumored relationship died eventually when the fans from both the stars were unable to find enough information to satisfy their desires, and thus it was forgotten. 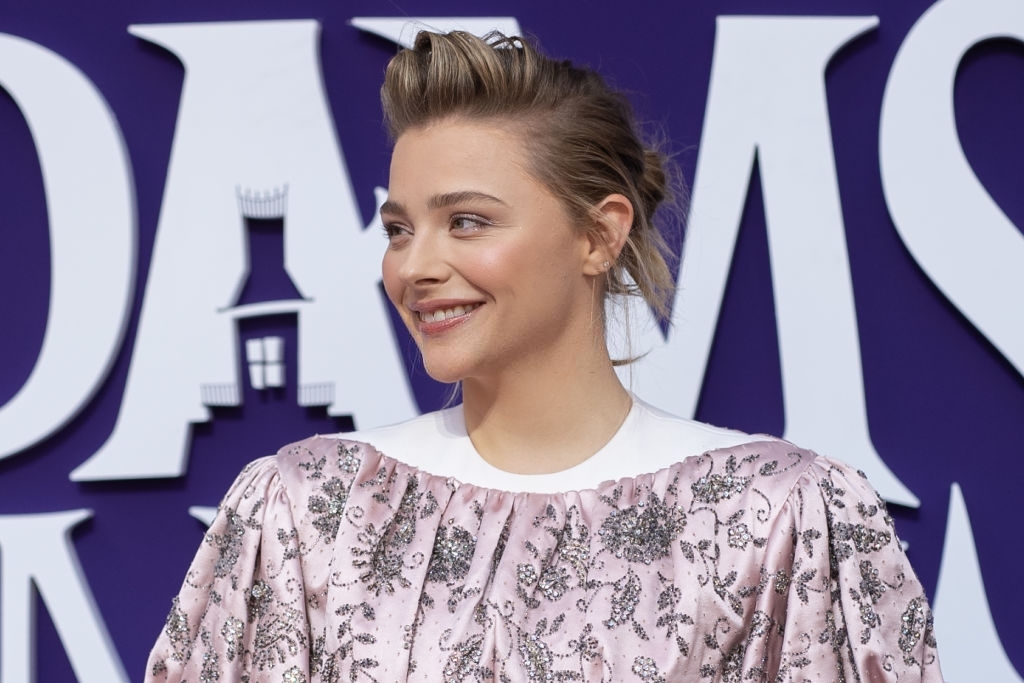 Now let us look at who all have Camila Cabello dated in the past. Before meeting Shawn, she had been pretty good in relationships, but none of them became serious, and she ended up with Shawn. But as we all know, that too came to an end. Since we don’t know who will be the next partner, let us look at all of Camila’s previous relationships.

Rumors surrounded the life coach and the performer Matthew Hussey when photographs surfaced on the web where they were kissing each other. They were spotted in Mexico sharing personal moments, which made the fans know more about them. But this relationship soon ended a month before Camila and Shawn were seen together, which eventually they confirmed later. 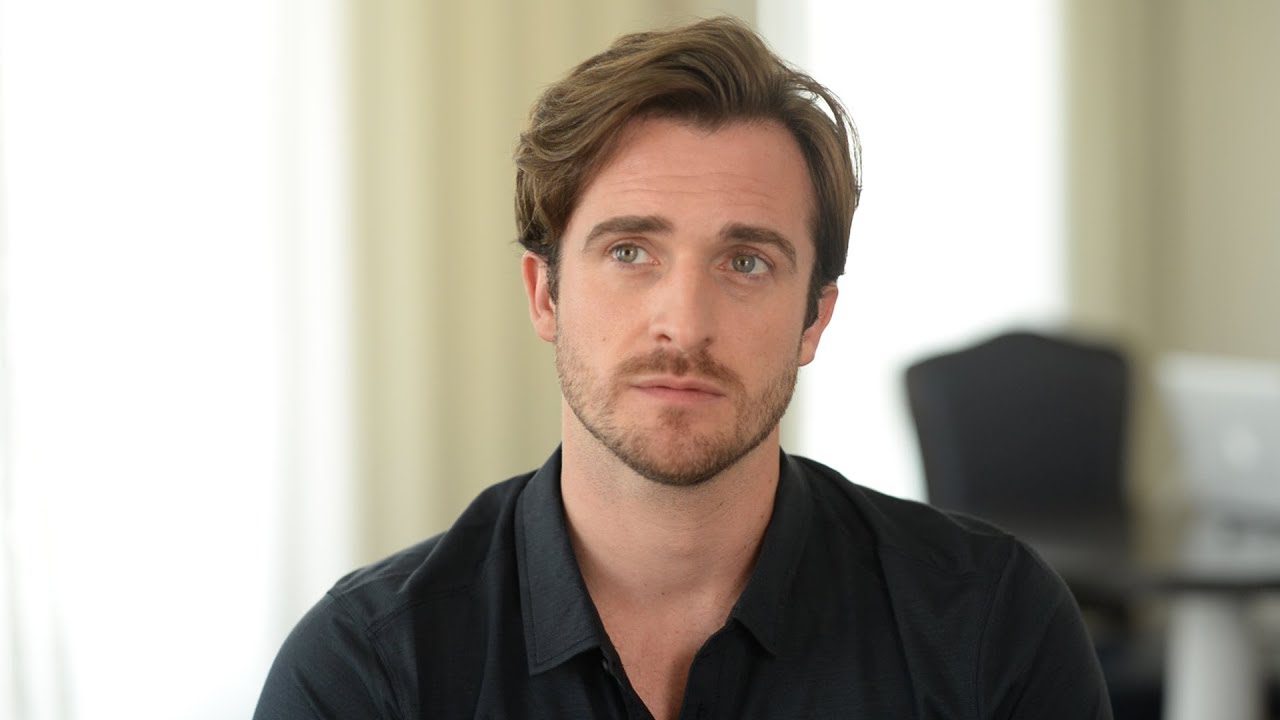 Also Read: Shawn Mendes and Camila Cabello Parted Ways? All We Know About it

Those who have heard All I Ever Need may know who Austin Mahone is. Camila was in a relationship with Austin in the year 2014. This was during the time when she was in the group Fifth Harmony, which came to the opening for Austin on one of his previous tours. 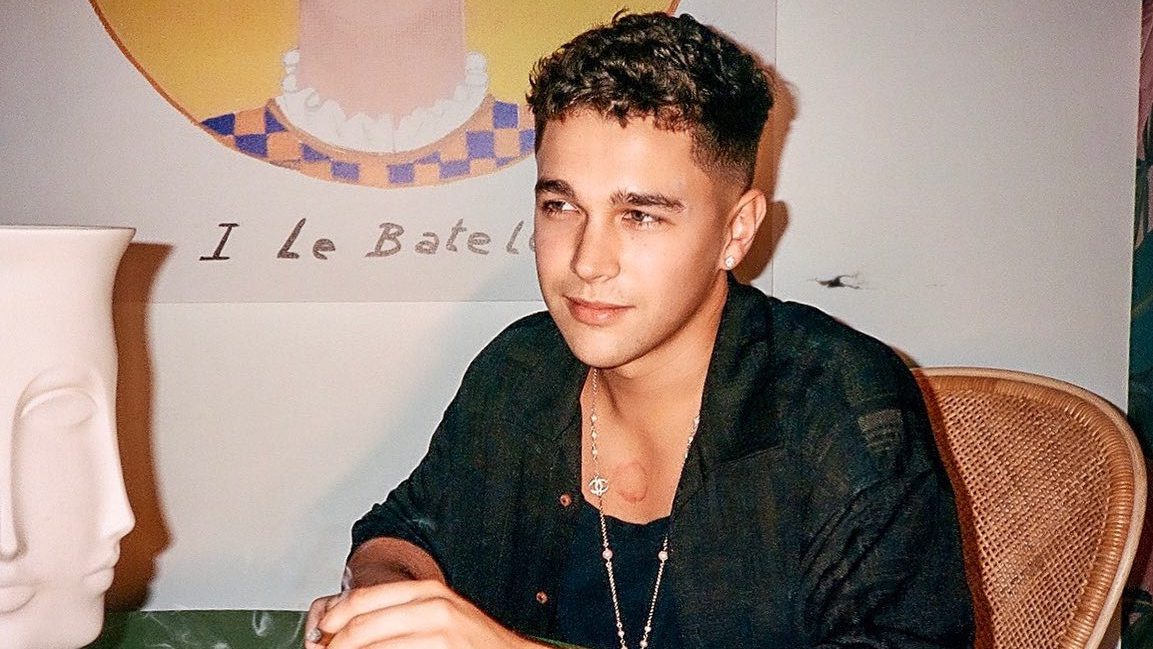 Unfortunately, we don’t know why they had ended their relationship, but at least they split on good terms, better than creating any controversies. Regarding their relationship, Austin had opened up that she has been doing great with her career, to which he is very proud of her.

After Shawn Mendes and Camila Cabello Breakup, What’s in for the future for Camila and Shawn?

Shawn Mendes and Camila Cabello Breakup is indeed a huge one, but both have moved on from the pain of the breakup. At least, that’s what seems to be appearing. Both have returned to social media to keep their fans updated about their solo lives by uploading pictures once in a while. Along with being active in social media, both of them have begun working on their future projects.

Camila had already announced her next album Familia, before the breakup back in July 2021, and had announced that it would be released this year. Her latest album that had been released was Romance which was released back in 2019. It’s been nearly two years since fans had heard a new song from their favorite star. 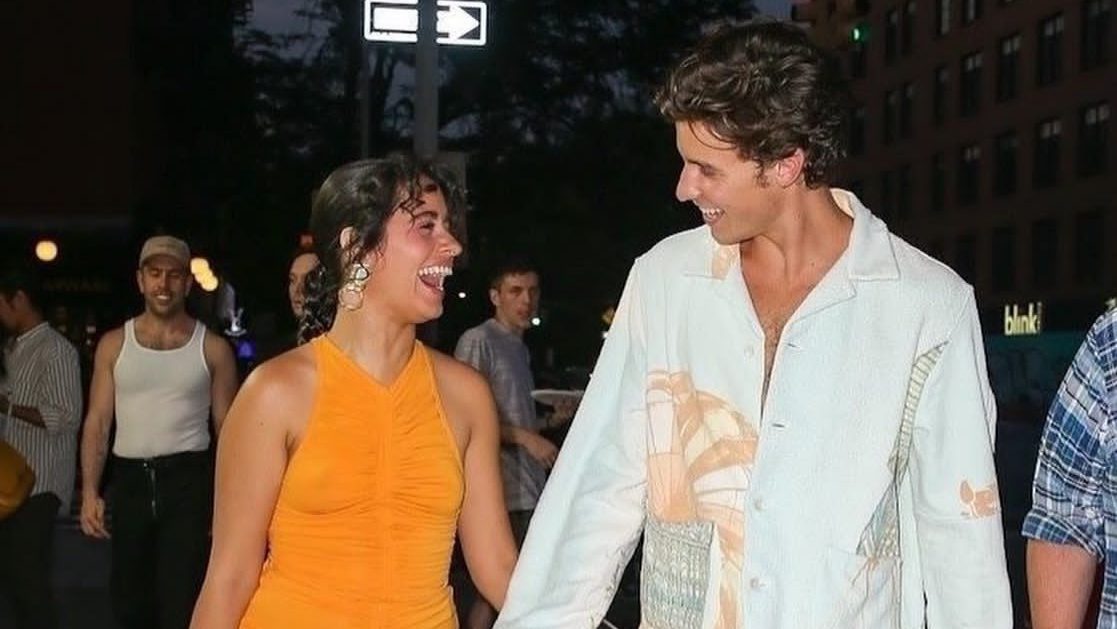 But we can’t assure you if any songs in that album will reflect the situations that had been happening in her love life since the songs may have been written long ago. As for Shawn Mendes, he recently released Summer of Love in August this year, and his last album was released back in 2020 called Wonder. Even though Shawn hasn’t announced any new album recently for this year, let us hope that we may soon hear from him in the following year.

Also Read:  Shawn Mendes Net Worth: How Much Does The Canadian Singer Earn?